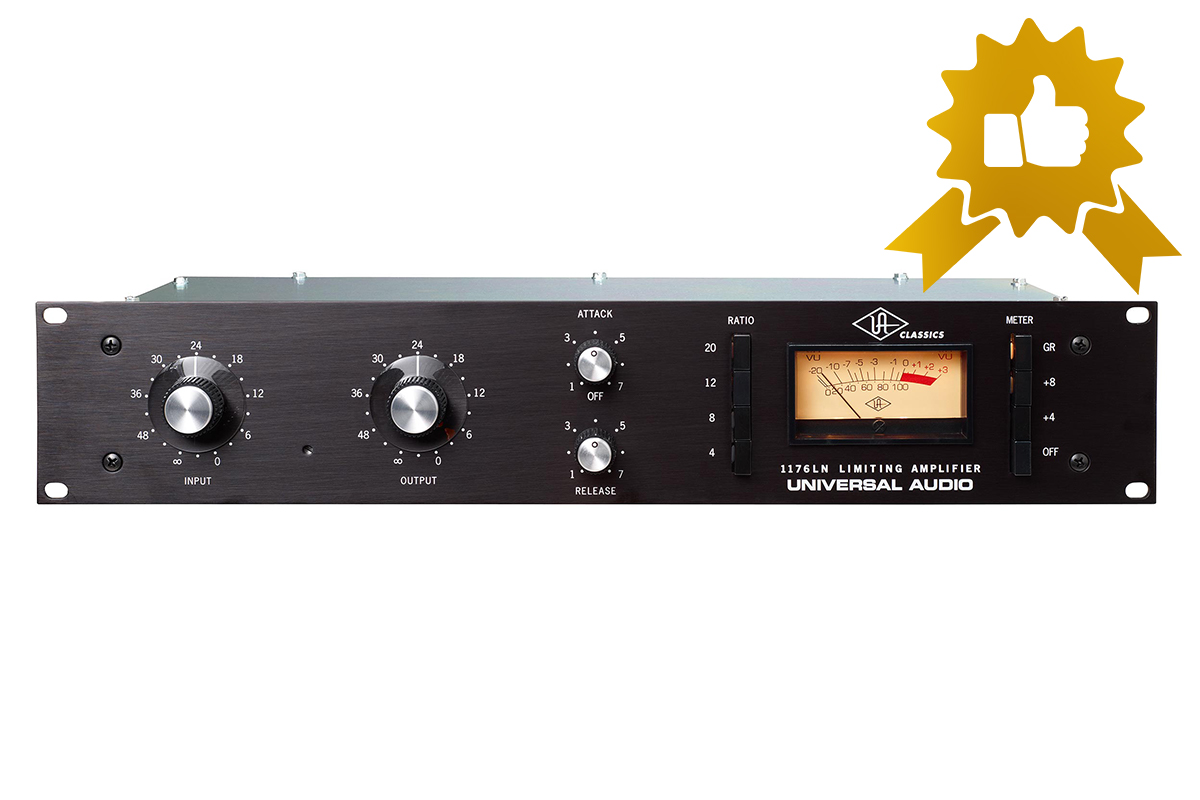 Description Reviews (0)
Legendary FET compression with tone and attitude — true to the original.
Upon its release in 1967, the 1176 Limiting Amplifier became an instant classic because of its unique lightning-fast attack and release times, musical Class A output stage, and its wide range of sounds, ranging from subtle, near-transparent compression, to all-out drive and distortion.
Universal Audio’s 1176LN Classic Limiting Amplifier is a handbuilt, faithful reproduction of Bill Putnam Sr.’s original visionary design — an iconic piece of audio history that had a hand behind classic recordings from Led Zeppelin, The Rolling Stones, Michael Jackson, and more.
Rebirth of a Legend
In 1999, when Bill Putnam, Jr. relaunched Universal Audio, a reproduction of the Blackface 1176LN was the company’s first product. Reissued in 2000, it was based on the circuit designs of the C, D, and E revs of the classic 1176. One of the most critical aspects of recreating the sound of the original hardware, was faithfully reproducing the original output transformer, complete with the additional windings that provided the feedback signal to the final line output amplifier circuit. Bill Putnam Jr. found extensive design notes that enabled him to recreate and improve his father’s original design.
Push-Button Magic
One of the 1176’s famous features are its push-button selectable ratios of 4:1 and 8:1 for compression, and 12:1 and 20:1 for limiting. 1176 at 4:1, to its most notable setting, the “All Buttons In” mode, where all the ratio buttons are depressed simultaneously. This allows the 1176 to make a sound unlike any other processor ever heard before. Distortion increases, along with a plateaued slope and a lag time in response to initial transients, creating an explosive sound on drum room mics, fuzzing-out bass or electric guitar sound, or squeezing a vocal to bring it front and center of your mix.
Accept No Substitutes
Carefully trained Universal Audio staff hand build and test each unit at the UA Custom Shop in Santa Cruz, California until it meets our uncompromising standards. This Universal Audio Classic version of the 1176LN captures all the nuance of the original through obsessive attention to detail and delivers that trademark sound. Demand the original.

There are 1 items in your cart